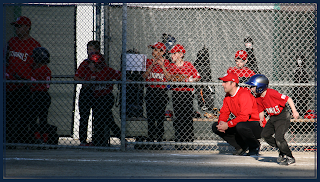 Awsumb Runs Home - 2011
Time to say goodbye to another season of baseball!  Kenneth coached  the RWLL AAA Nationals.  Because the boys are getting older I finally stepped out of the dugout and took a more backstage role.  After 4 years of instructional ball this was our first competitive year. Teams were drafted by evaluation scores.  We were happy to play with a couple old friends and lucky to make a bunch more!  As this was the first year of 'kid pitch' it was still much like an instructional year. We had a pretty good season, although ending it with inter league play against mismatched teams was frustrating.  Tonight we were eliminated from the tournament.  Although we are sad to say goodbye to the 2011 spring season we are looking forward to cheering on the other teams this weekend. 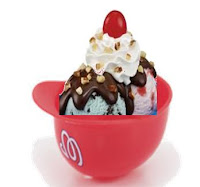 And now for the fun end of the year festivities. We always host a simple team party.  After a quick parents vs. kids game (in which the kids always seem to win), trophies and ice cream.  This year I scored some of Nationals batting helmet ice cream bowls. And for trophies the boys will get a game ball signed by all their teammates.  A few of our parents were worried about end of season costs. So a few of us parents took photos and I put these together. I think they turned out pretty good. 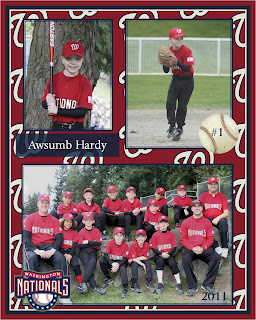 My own "memory mate" thanks to
Google and Microsoft Publisher 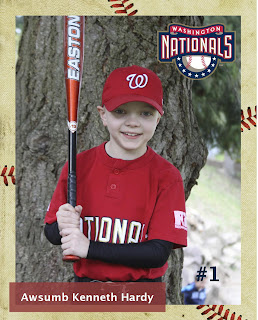 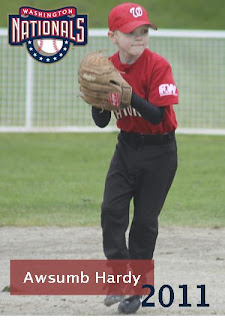 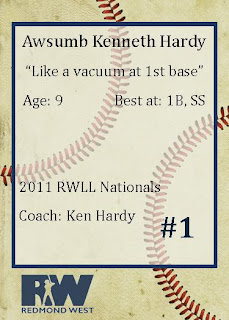 After each game Kenneth likes to meet with the boys to talk about the game and usually picks a few players of the game. Then all the kids line up to get their baseball cards. They were sure surprised tonight when they got a full deck of their own team!  We had a lot of fun making these baseball cards for all the boys.

Although I grow to love our boys each year, this year in particular I was a bit teary eyed. We are looking forward to playing with many of them in Summer Ball!
Posted by Wendy Jean at 3:15 AM 0 comments