Hit One For Me And Just Keep Running! 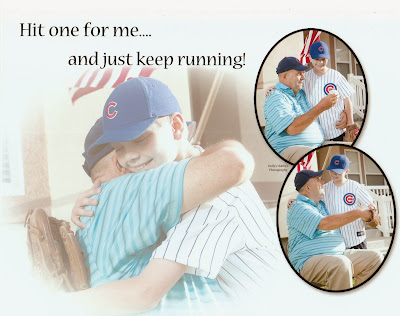 Advice Grandpa Hardy gave to Awsumb in May 2013.  Duane was a great example of this...  And I hope Awsumb remembers this forever.  Most importantly that in baseball when you get a hit, you have to just put your head down and start running. There not time to stand there and watch the ball.  And you waste time by watching said ball.  The goal it to put your head down and just run as fast as you can to first base... because that is when you are "in the game."

I am not sure if Grandpa Hardy knew this... but it's sometime we have been nagging Awsumb about since T-ball.  He just can't let that ball go without keeping an eye on it and often will loose a spot on base because he didn't just put that head down and run as fast as he could, get to first base, then see where how the play, plays out.  Sure there are times to look back, times to take a break and absorb what it happening at the moment. There are also times to look ahead.  But there are many times we need to just hit that ball and keep on running!
Posted by Wendy Jean at 9:00 PM 0 comments

In May of 2013 Kenneth's father arrived home from a trip not feeling well. After being admitted to the hospital for jaundice a growth was found.  Thursday before memorial day weekend we were told there was a cancerous growth on his pancreas.  Knowing nothing more than that with the 3 day Memorial Day weekend approaching, I immediately declared we should drive out for a visit. "Your father may never feel as good as he does right now ever again!"  I argued.

Kenneth had left Microsoft and not yet started at Amazon.  He had the time off, Awsumb wouldn't have to miss too much school and I just felt we needed to be in Utah with his family.  Kenneth did not agree.  He drove Awsumb to school and came home and we sat our  bed literally arguing about it until 1:30 in the afternoon.  My father called and invited us to stay at his house. My Aunt called and told us to just go.  And finally Kenneth agreed.  By then it was late afternoon. We literally threw things in the car to make the long drive down to Salt Lake City, Utah.

Because we left so late in the day we did stop in Idaho for the night.  But upon arriving in the Salt Lake area we skipped Kaysville (my father's home where we would be staying) and drove straight to the Hardy family home.  We of course arrived to a chaotic house.  Sprinklers were being fixed, who knows what else was going on.  That weekend the boys went fishing, and they played and tried to enjoy each other's company.

That week spent in Utah was definitely worth missing a week of school and life back home here in Seattle.  We talked and cried on the long drive each night back to my parents home in Kaysville.  Although it was sad times, Awsumb was having so much cousin time, Uncle Greg time and we even stole some moments to visit with my parents and to have a day out with my sister and my little niece Hailey.

"Yes Awsumb.  That is exactly the reason we drove out to Utah... to spend time with your Grandpa Hardy,"  I replied.


On Tuesday all the brothers went with Shirley and Duane to "the appointment."  This was the big day when a panel of cancer doctors would education them about what they could read from the scans and tests and give them their options.  I am so glad they had this time together just the three boys and their parents.  Kenneth kept texting and calling me and at one point told me they were trying to take photos of each other with their camera cell phones. I told him when you go back to the house get a neighbor to come over. I kept insisting and nagging him and as my sister over heard me talking to him she got on her cell phone and called a photographer she had been using recently and asked her if she could go over to the house.

Well, Holly was at her sons soccer game and her light was broken. After she learned about the circumstances  she said she would rent a light and could be over the next day. We asked everyone to just be prepared for a casual family shots and wear blue.  Holly specializes in beautiful lighting and sentimental shots.  But we didn't know how well Duane would be feeling. And everyone was quite nervous about the portraits.  I tried to set up a few things, like bring down a bench and put the flag on the house.  Always the one making everyone do something they don't think they want to do, but I was right about that flag!  Too bad no one would move the bench...

Anyway we did end up with some special photos and captured some fun moments.  I am thankful for these shots and even more thankful that Holly was willing to come over last minute and provide what became a huge treasure to some many of us.  Here are some of our favorites... 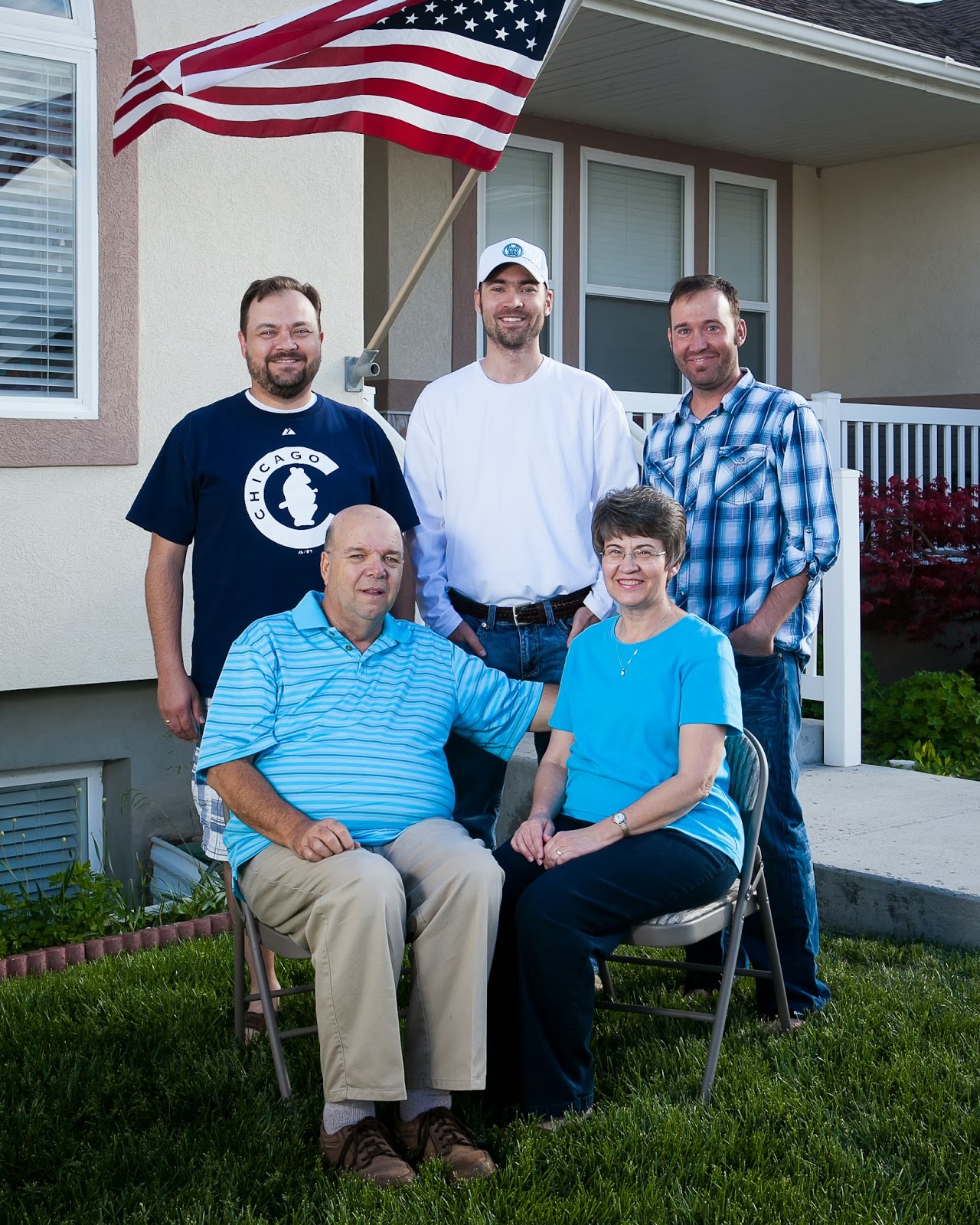 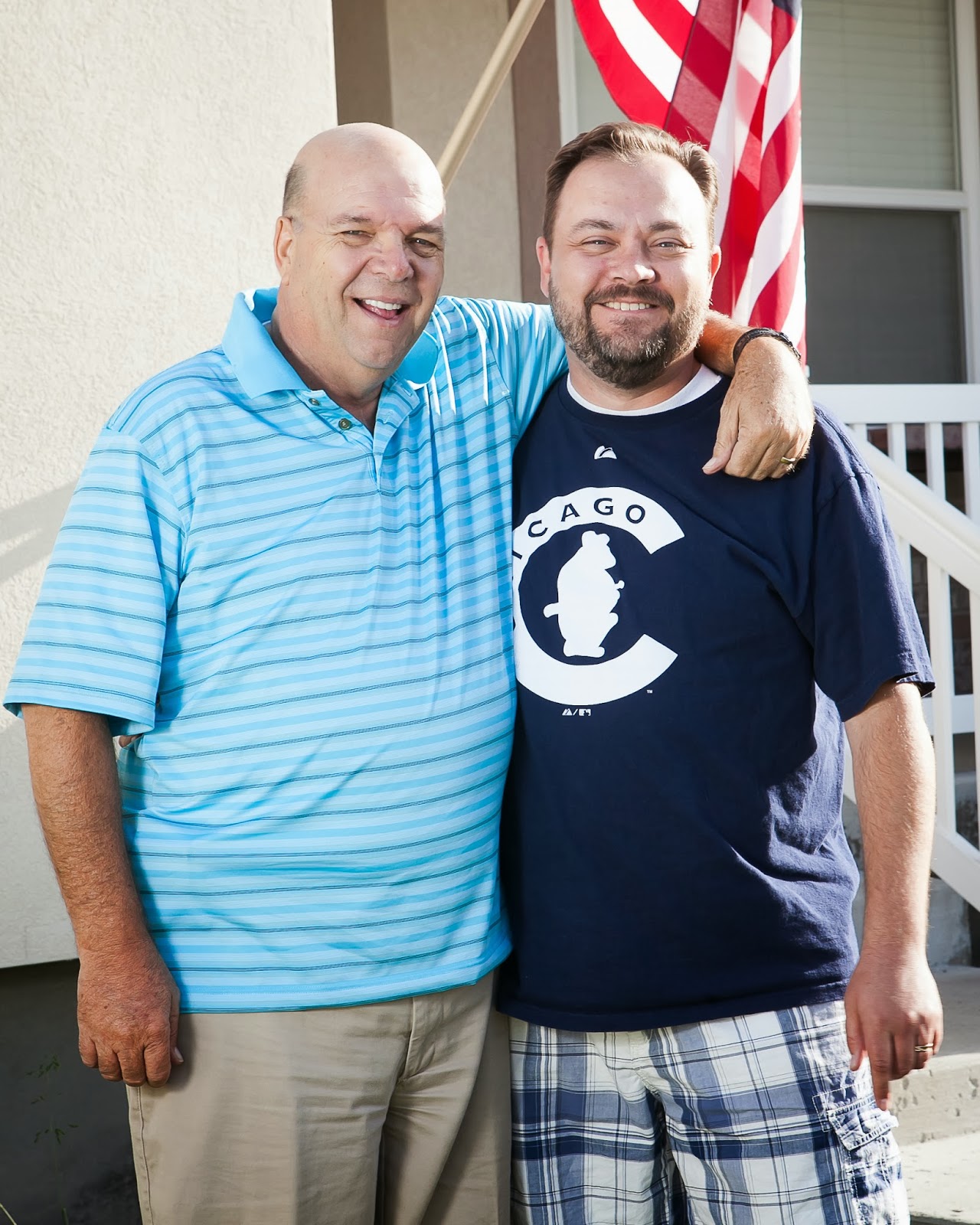 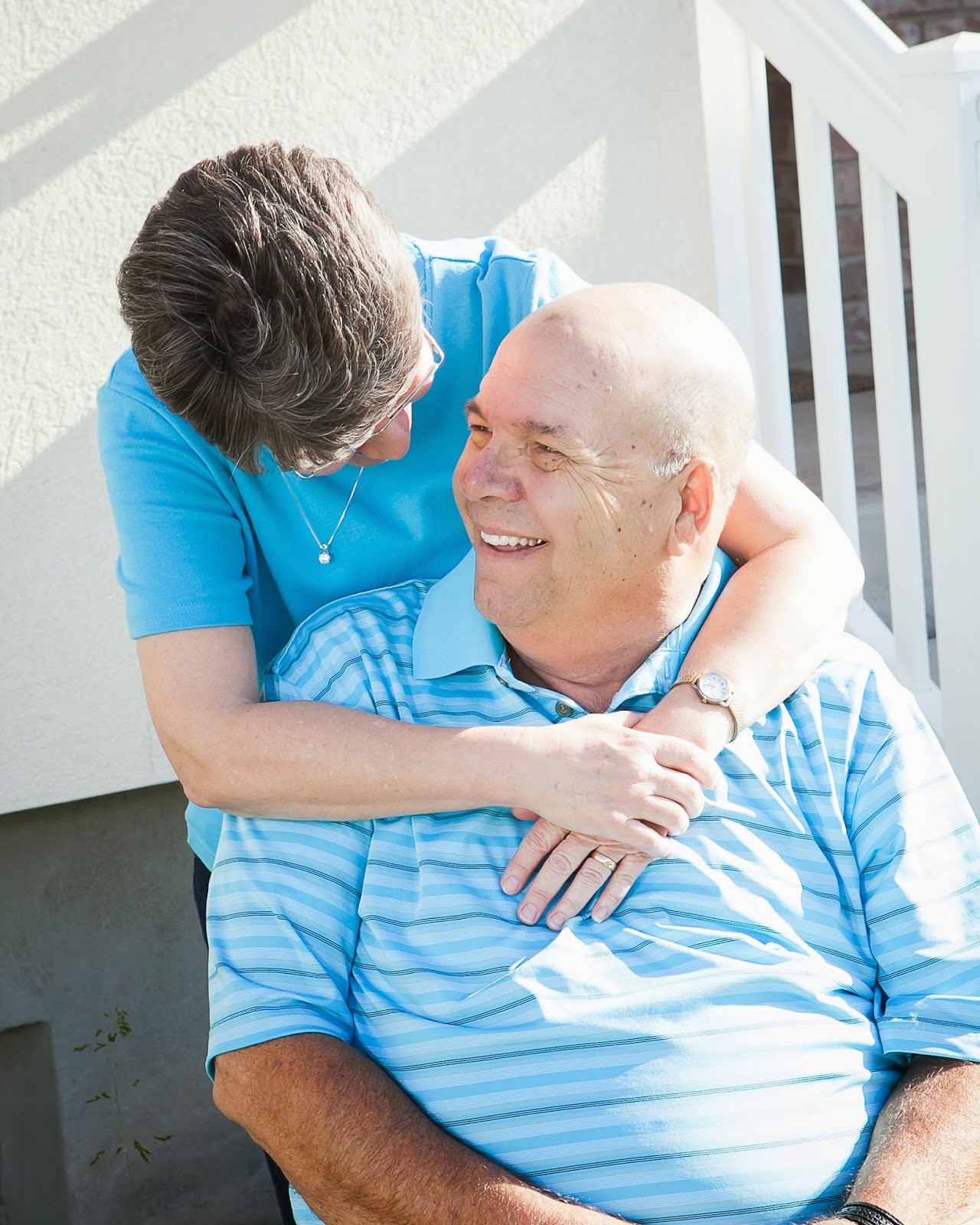 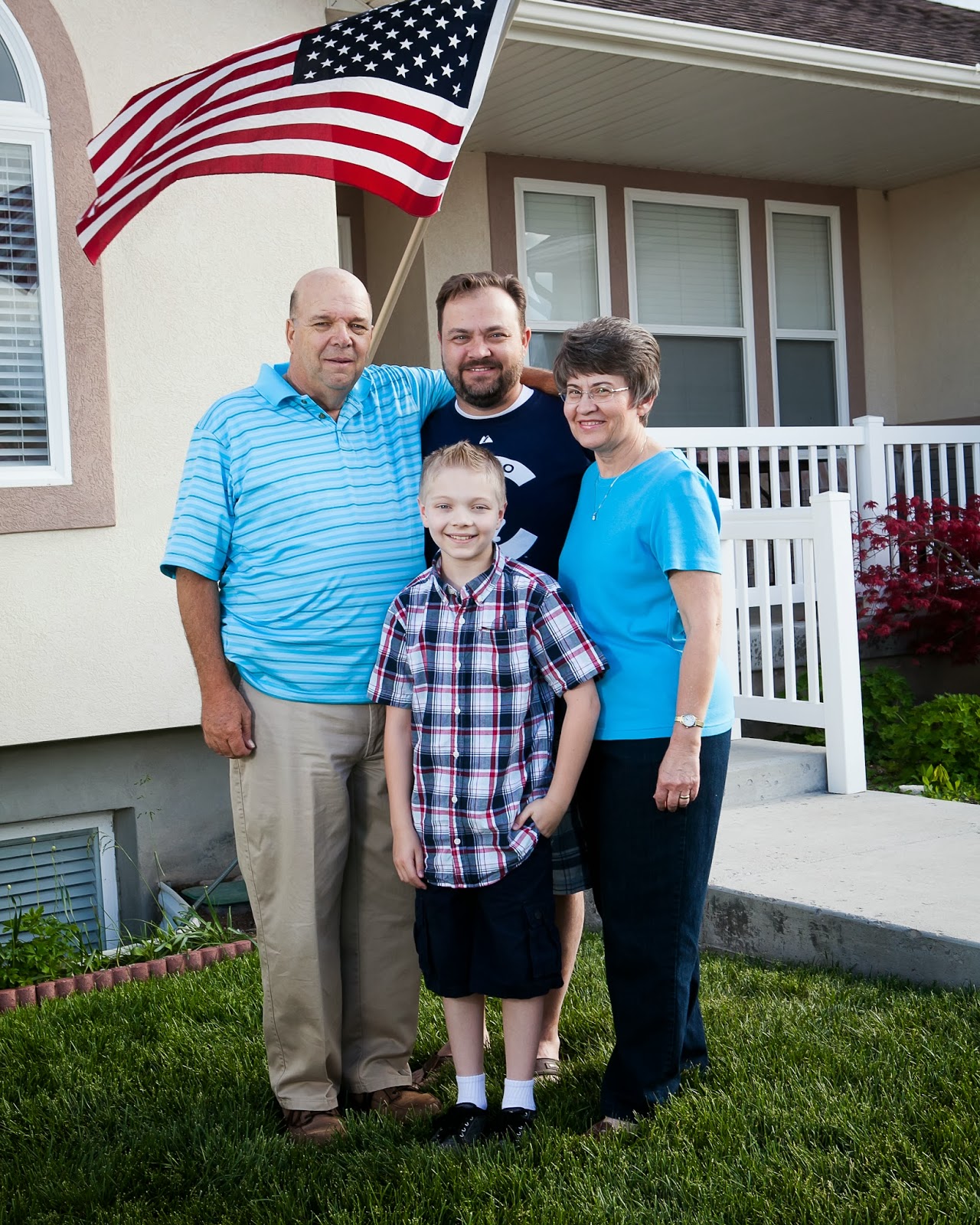 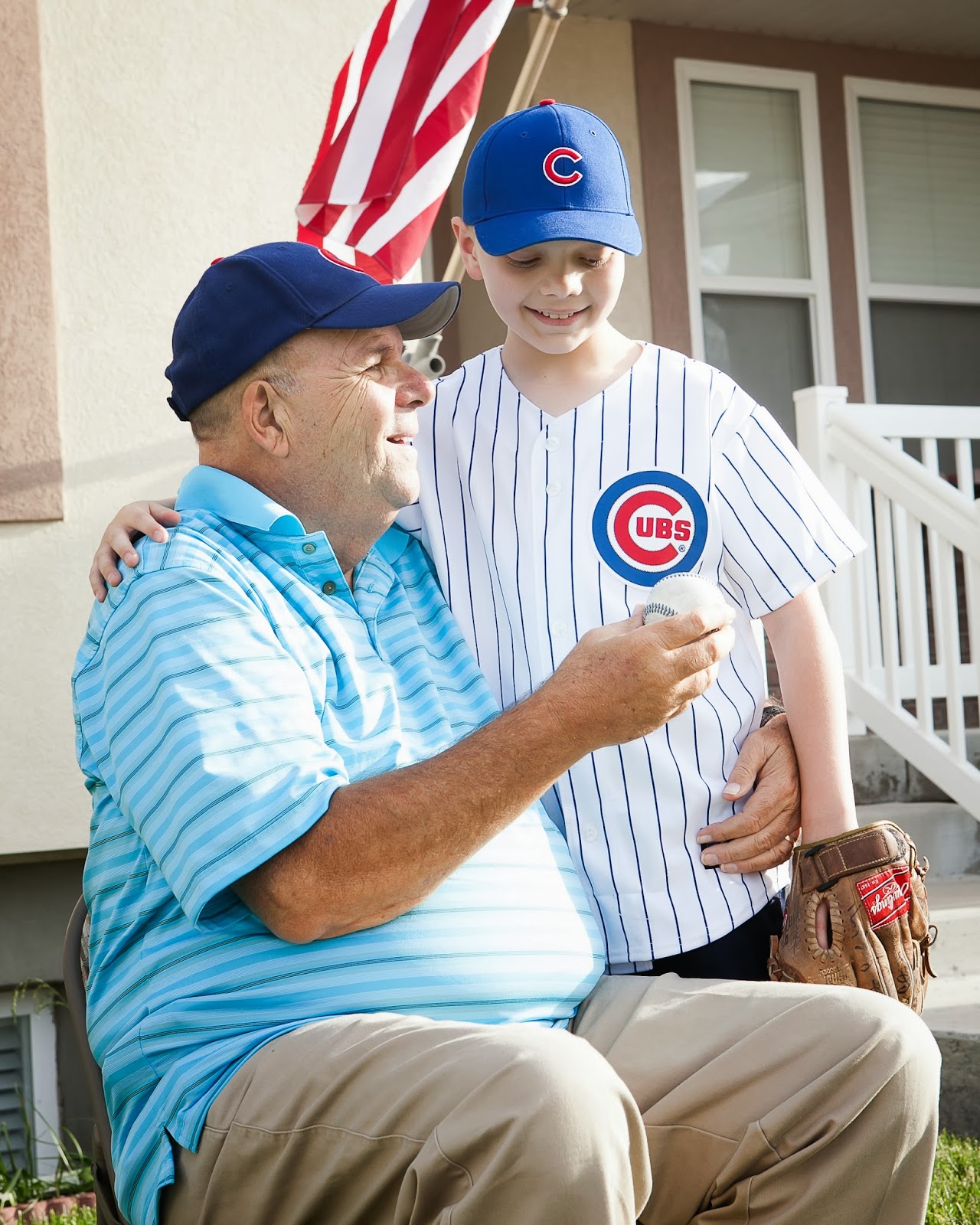 "Hit one for me and just keep running" 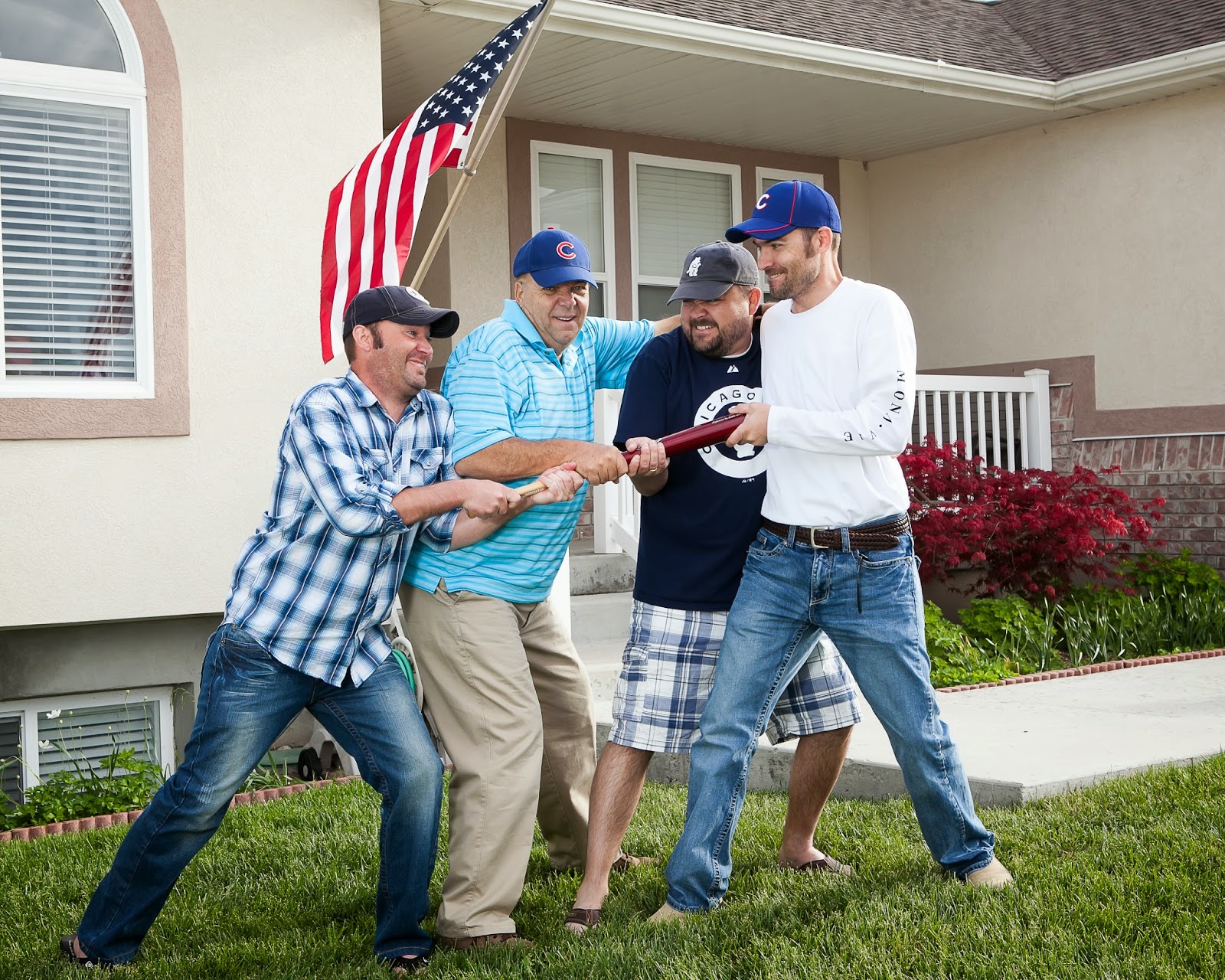 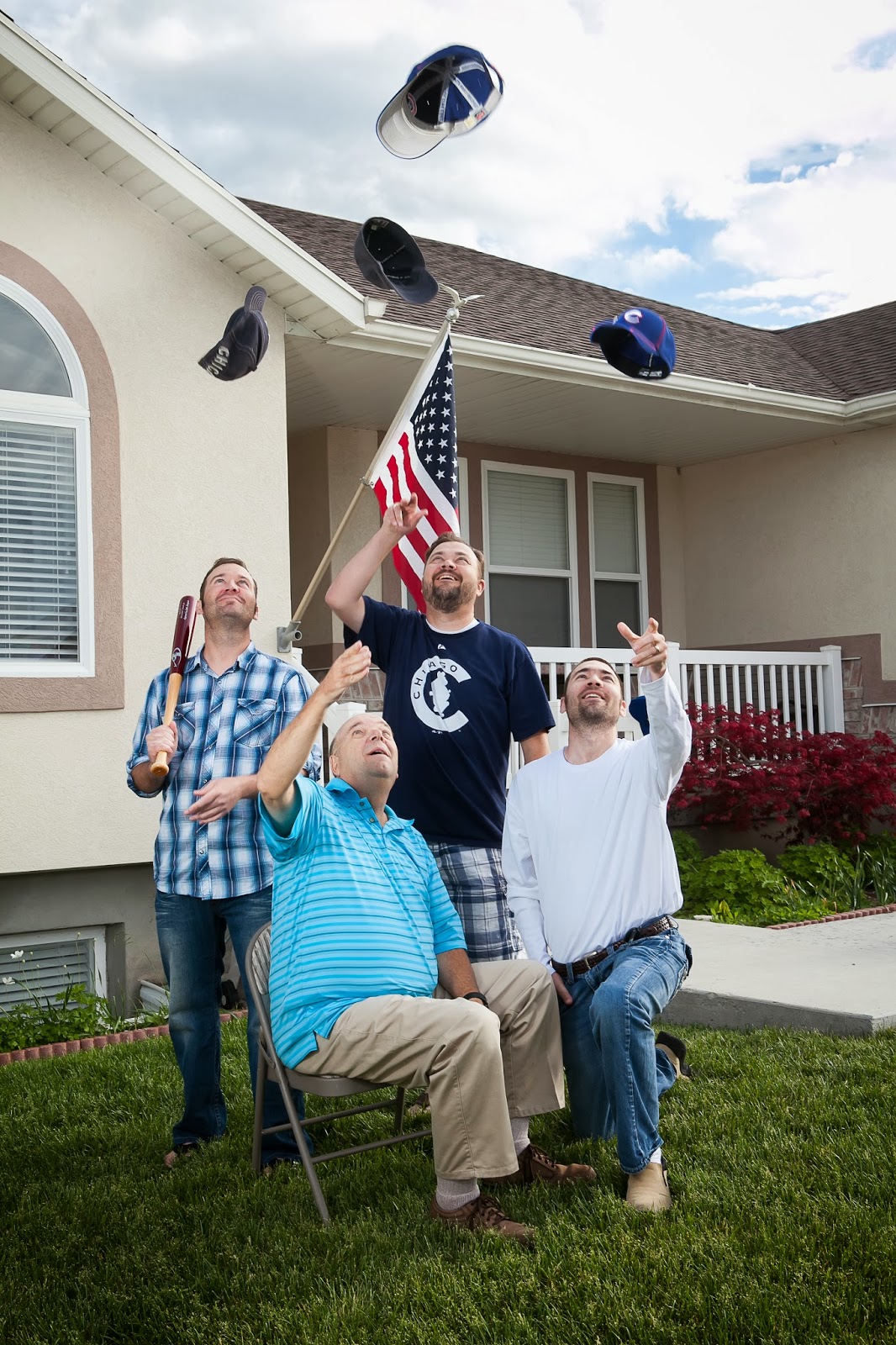 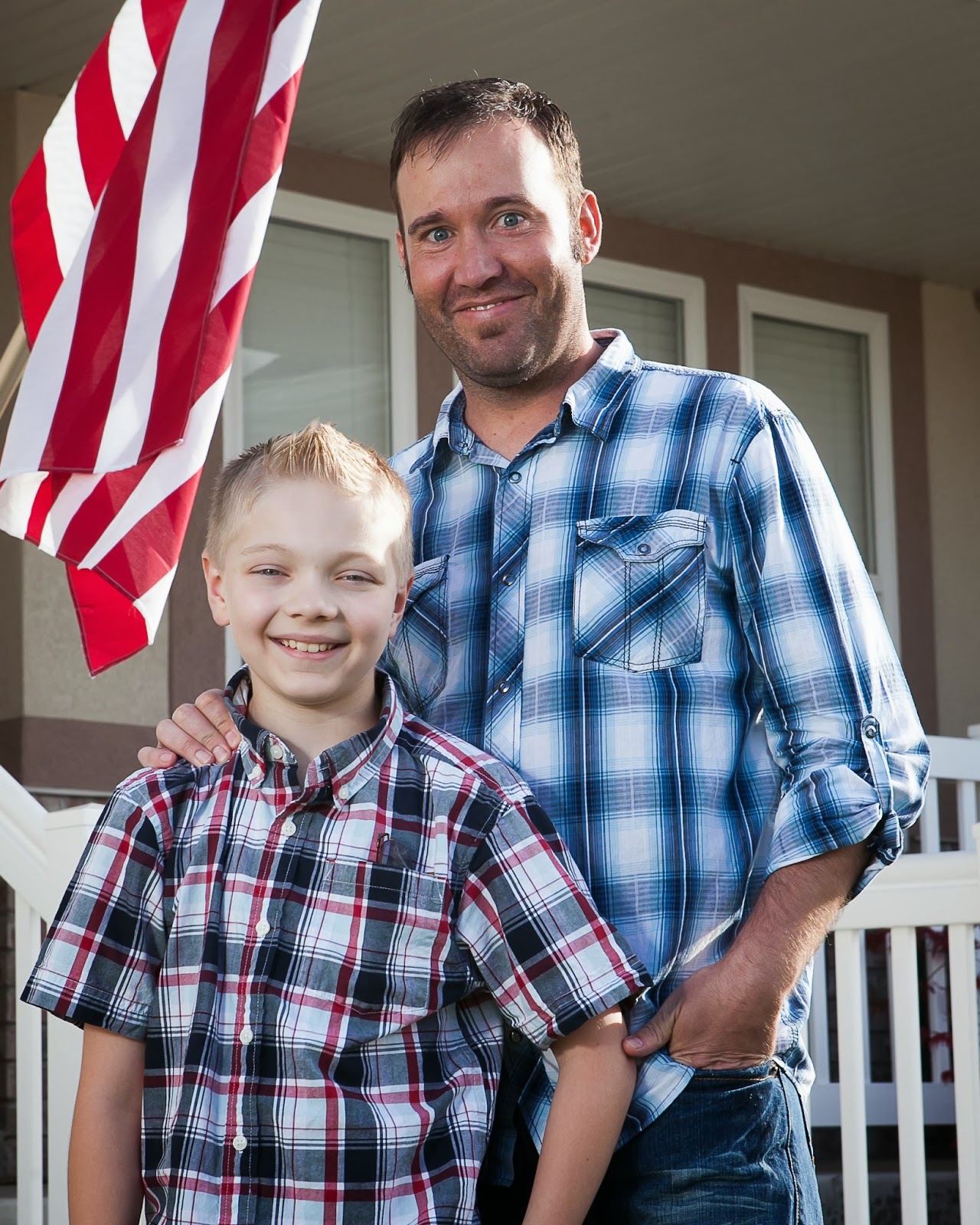 To see more photography or schedule and appointment with Holly Johnson- 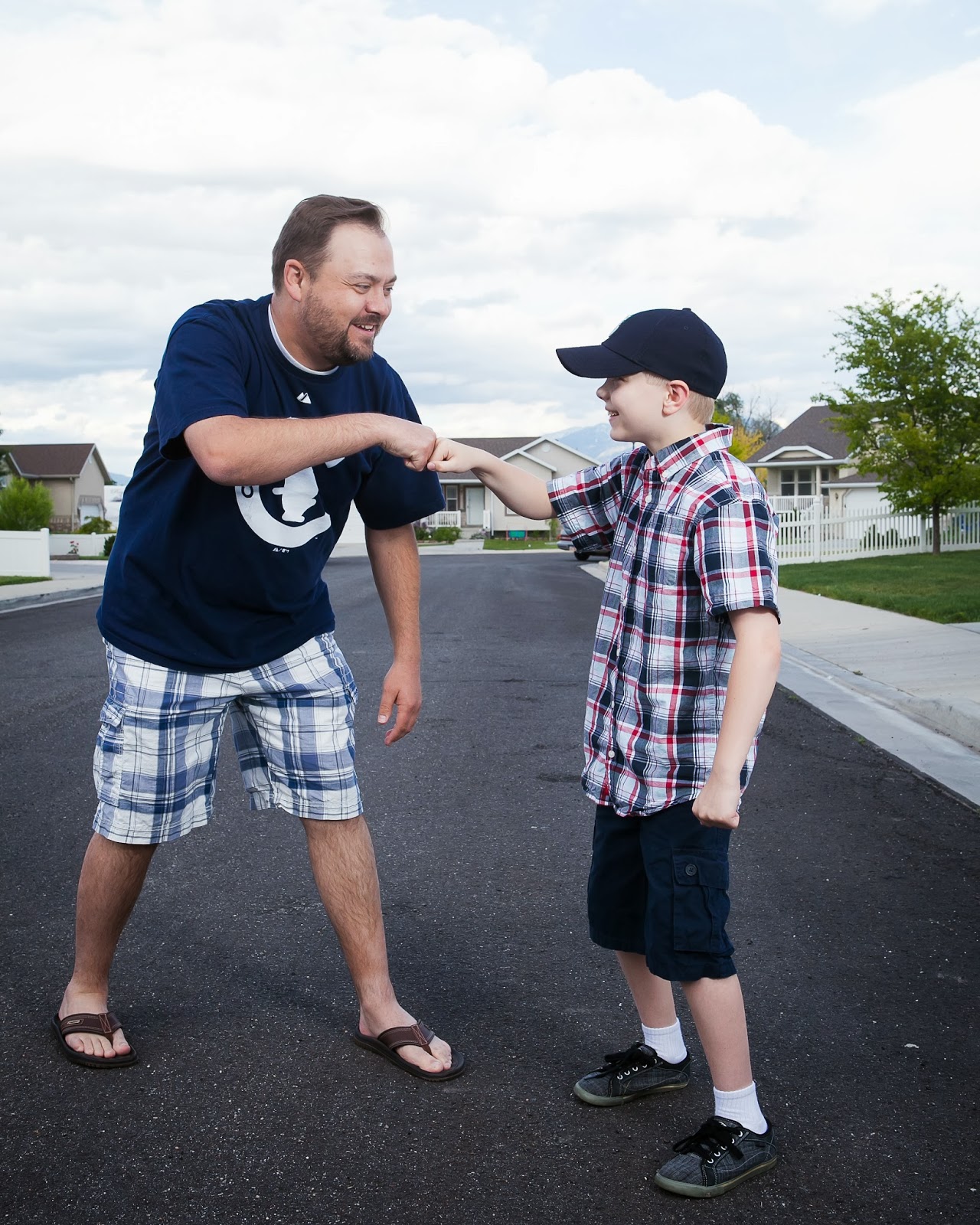 Every year Kenneth coaches Awsumb's little league team. What this really means is that because his father is the coach rather than being favored, often Awsumb is often a bit neglected.  Kenneth often focuses his time working with other kids who are either struggling or who may be all-stars, but need some other type of guidance or direction.  In the end it's something they do together, rain or shine (because in the northwest we don't cancel baseball for rain unless the field is in danger of being ruined) and I hope that many of his happiest childhood memories are playing ball with his father.
So the story behind the above photo....
This year at school health class ended with sex education.  Lots of "fun" ice breaking activities sent home by the teachers - OH MY!  Actually the staff at his school did a great job and I am super pleased with how things all meshed with the message we also were trying to give him here at home regarding this topic.  None the less, Kenneth still found much of the discussions to be quite awkward.  After on particularly awkward discussion Kenneth announced,
"Good talk son...
Let's never have it again!
Twins on Three!"

as the threw out a fist bump to Awsumb.  Lovely he just told our son not to come to us with such questions... when in reality we hope that we can be available with accurate information and guidance at anytime.  But really, I do think this line of communication has been opened and hopefully he will feel free to come to us at anytime.
Little Slugger 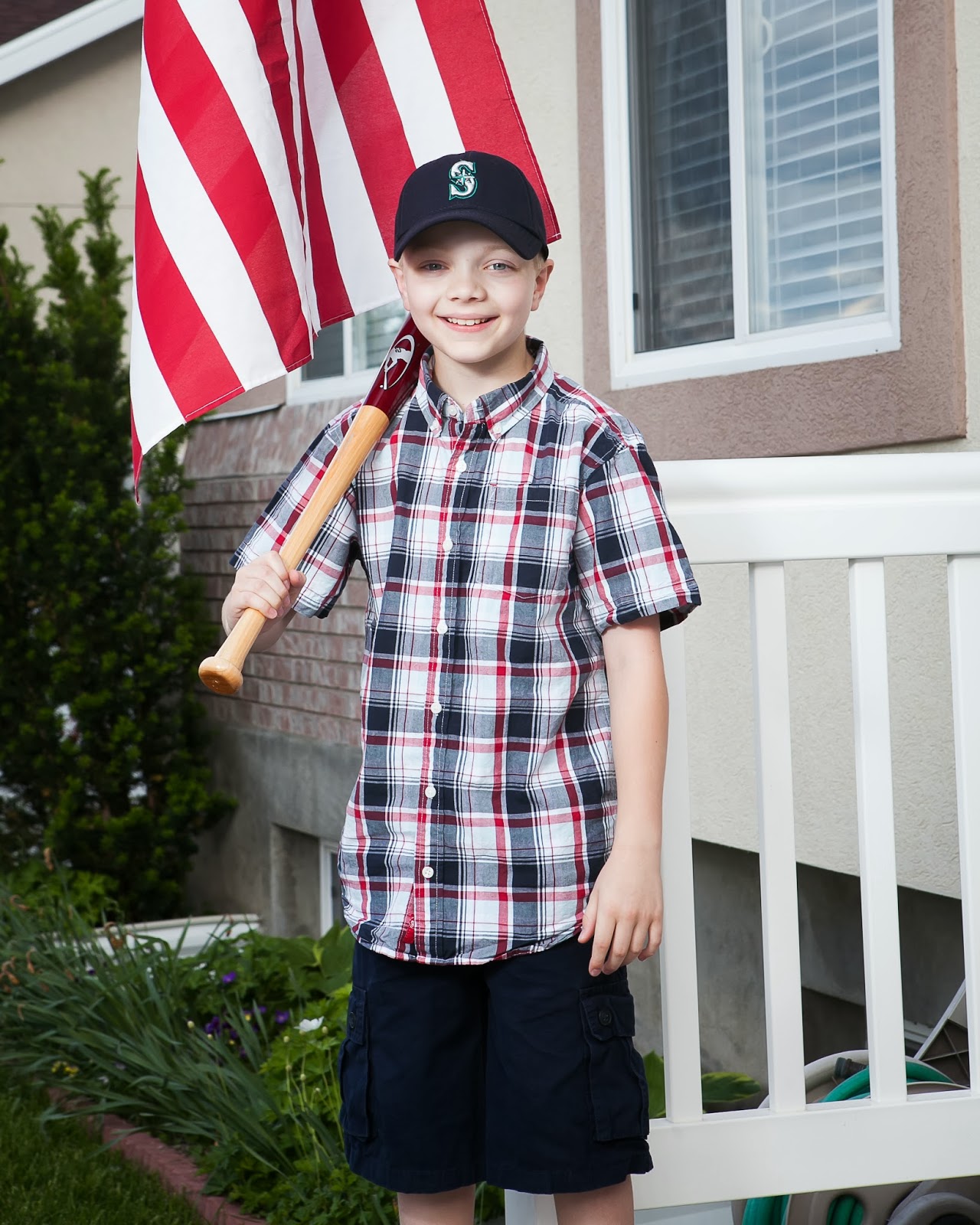 A nickname that I am not sure if he will ever grow out of, our Little Awsumb, or Little Slugger is growing up!  As team mom I am always in charge of uniforms. Actually this past two years I have been serving as the league Uniform Coordinator.  Which means I get to order, sort through and gather any uniforms that we reuse at the end of the year. It's a fun job!  No really, I love it and it's afforded us first pick at the team choices, which has been a fun perk.  In fact this next year I have secured the Cubs for our final Majors season.
Anyway, I learned quickly that the best way to distribute uniforms before the kids start freaking out over what numbers are available is to just line them up smallest to tallest and pass them out accordingly.  This means that Awsumb always gets to be #1.  Which is fun for him because he was born in 2001.  This season we did have one little brother on our team who is a spectacular athlete so he "played up" to our level.  Thought he was technically smaller than Awsumb I thought maybe giving that little guy #1 might be a slap in the face to his older brother, who is just now decided after all these years baseball might be a little fun, if he can play with his best friends anyways...So once again, Awsumb was #1.  We'll see if I can keep it going his last year? 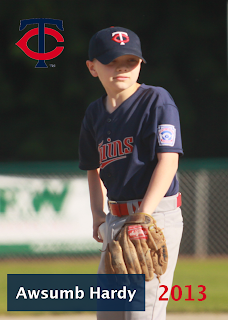 And not to brag, but not only is Kenneth the best coach in our league who always tries best to balance being fair and having fun with winning... I am a spectacular coaches wife.  Thank goodness the years of wiping noses in the dugout are over... And the skill level of the boys has moved beyond what I can really do to help them out during practices.  But I still do the most simply awesome parties and I always try to get someone who is a hobby photographer to help me get enough good shots to make a full set of baseball cards for all the kids on the team. 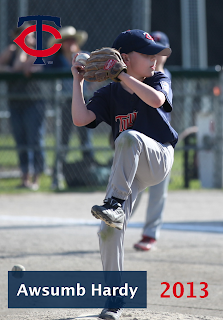 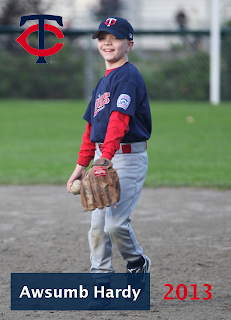 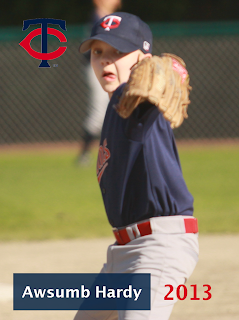 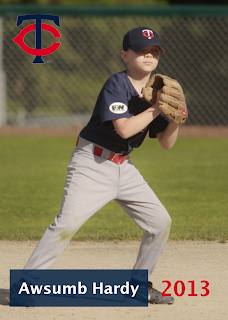 18 Year of Ups and Downs 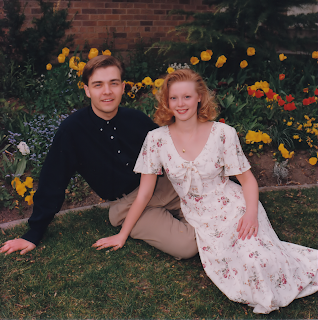 18 years ago today
I married my best friend,
the one I laugh with,
live for, dream with, love 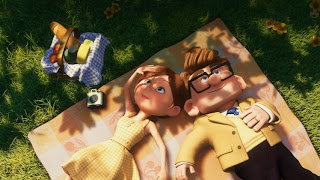 And because Pixar told a better love story
in the movie UP!  in just 8 minutes
than Stephanie Meyer wrote in four long books:
Kenneth and I found ourselves driving around cemeteries the other day and I was thinking, maybe we should make visiting our chosen cemetery more of a regular thing so that when we do finally have to leave one of us there at least we can remember being there in happier times.
These 18 years have had a lot of up and downs.
I hope that I have brought some sunshine to his down times,
as he has brought unconditional comfort and love to mine.
And though our dreams and wishes have changed over the years,
as the reality sets in that some will be realized and some will never be,
there is no one I would rather walk through life with! 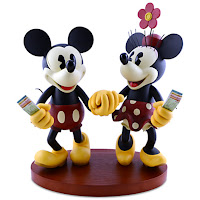 Thanks for keeping me company on this roller coaster we call life.
I hope the next few years are full of more UPS than downs!

I love you Kenneth!

And thanks for the above anniversary gift - it's perfect!
(A Walk in the Park by Richard Sznerch) 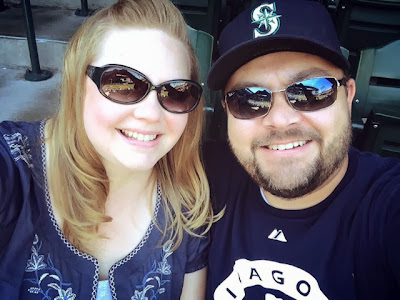 (Kenneth and I at Safeco Field)
As I have said before Happily Ever After?
I don't know.  At least it will be forever!
Posted by Wendy Jean at 2:14 AM 0 comments