It's A Love Story

Once upon a time, when I was young, I dreamt of the day I would be rescued from the Wicked Witch of the West by my Knight in Shining Armor, who would sweep me up, onto his white horse and carry me away into the sunset. Instead I was rescued by a nerd in a white Mazda with no air conditioning! Seriously, who lives in Utah and buys a car with no air conditioning? A nerd car shopping in the winter that's who!

Kenneth wasn't the man of my dreams, but I knew he would take care of me, my father approved and I married him. And as Kenneth likes to say, about 10 years later I finally fell in love.

May 16th will be 15 years since that rainy day we were day we were married. Since then we have been through a divorce (my parents), a 1600 mile move (Salt Lake City to Seattle), the death of most of our grandparents, a successful birth, a major home remodel, all weaved together with a great deal of pain and happiness.

The fairy tales of my childhood all ended with the marriage. But that's really when the story just begins. And 15 years later we've introduced the characters, set up the plot and this story is just getting good! Will it be "Happily Ever After"? Who knows, but at least it will be FOREVER!

It's A Love Story - Taylor Swift
I hate country music, but this is pretty cute... 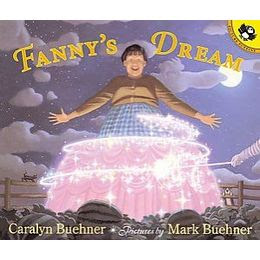 Fanny Agnes is a "sturdy girl" hoping her Fairy Godmother will deliver a prince.. or at least the mayor's son? Instead she marries Heber Jensen, a farmer. Together they share a home filled with babies, laughter, and love. By the time Fannny's Fairy Godmother arrives Fanny realized she has found her very own Happily Ever After!

I sent this book to my baby sister for one of her anniversaries. I recommend this book for girls of all ages! Because happily ever is usually realized after it's lived.

And if that's not enough reality for you.. read my blog about Fallen Princesses to see one artists version of not so Happily Ever After...
Posted by Wendy Jean at 10:22 PM 0 comments 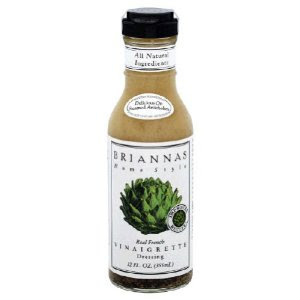 I picked these chips up at Costco on a whim... thanks sample lady! They are fabulous! They actually taste like popcorn. I threw some crushed ones in a salad a few weeks ago and I am hooked! 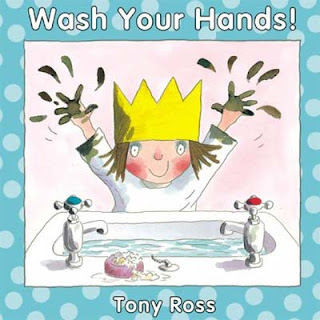 It’s no wonder why the author of The Boy Who Couldn’t Stop Washing His Hands: The Experience and Treatment of Obsessive-Compulsive Disorder chose that particular title when such a high percentage of us that suffer from OCD wash our hands repetitively seeking some sort of comfort that never seems to be fulfilled. My own OVERLY obsessive hand washing comes and goes over the years. At times my knuckles are red and raw from not just the washing, but the determined exfoliative drying that seems to accompany my washing.

Hand washing isn’t as simple as it sounds. Anyone living with OCD know that the process actually entails much more than soap and water. You all are probably pretty familiar with basic hand washing rules these days due to the current paranoia over swine flu etc. Besides warm water, soap, and lathering while you sing Happy Birthday or Take Me Out to the Ball Game there’s an entire game or dance centered around NOT TOUCHING ANYTHING. This is of course most important in a public restroom. I will also admit there are some place where the filth of the sinks panics me to the point that I would rather not even wash my hands! Once to avoid touching the door in a bathroom with no paper towels I waited about 15 minutes for someone else to come into the bathroom and open the door. No problem, expect that my father was waiting for me. For me there was simply no other choice.

And of course when handwashing won't due - there's always a full shower...

I have always loved long showers. In fact when I was a teenager it was impossible for me to take one in less than 40 minutes. That’s not long if you take in consideration that I would shower off, take a bath and shower off again. I am sure my parents loved paying the water bills during those years! And even better was having a father who traveled for business and always brought home an endless supply of "French Milled" soaps from the Holiday Inn. Those tiny motel bars of soap are meant to be one time use, right? Of course, for me that means using the entire bar up in one shower session... Oh, those were the days!

At times my shower routine has become so elaborate that it has been brought to the attention of medical professionals. When I was put on bed rest while pregnant with Awsumb there was much discussion about how long I was allowed to stand in the shower and which soap routines should be cut down or cut out altogether. Imagine having a serious discussion about this with your OBGYN. (Who incidentally kindly refers to me as a ‘Neat Nick’ which I am sure in her mind carries the definition of CraZy!) “But,” I plead “What am I supposed to eliminate?” There’s the deodorant soap (Lever), the beauty bar soap (Dove), the facial soap (Neutrogena), shampoo and conditioner, shaving gel, shower gel and poofs, bubble bath, and don’t forget the baby bath (for sensitive skin). Not to mention any medicinal washes I might be using for acne at any given time which always seem come with tagalongs… Benoxyl kits come with a bar of Panoxyl and a ‘gentle cleansing lotion’. The search for the perfect shower caddy will never end.

Over the years I never seem to cut the routine down and as you can see instead the list grows longer. For instance – POOFS! Weren’t poofs and sudsy shower gels the best things since sliced bread? Where had these been all my life? But of course, I couldn’t just poof… NO, NO… I must cleanse with 2 or even 3 different bars of soap (with thorough rinses in between) before using the precious poof! So, there I stand this morning during another one of my exhausting shower routines and realize that I was using one soap to cleanse myself from the previous soap.. and then the next to wash off that soap in and endless cycle of bubbles… The sad thing is that even after this realization I still used the next few soaps in my line up.

And after all this discussion, now I need to go wash my hands! What do you sing when you wash your hands?
Posted by Wendy Jean at 4:15 PM 0 comments