Awsumb was excited to play two teams this season.  Majors Braves and 50/70 Cubs.  It was exhausting and who would have ever thought we would think something was too much baseball.  This sure came close.  Awsumb had a lot of success on the 50/70 team and was excited to play with old friends and teammates on the Braves. 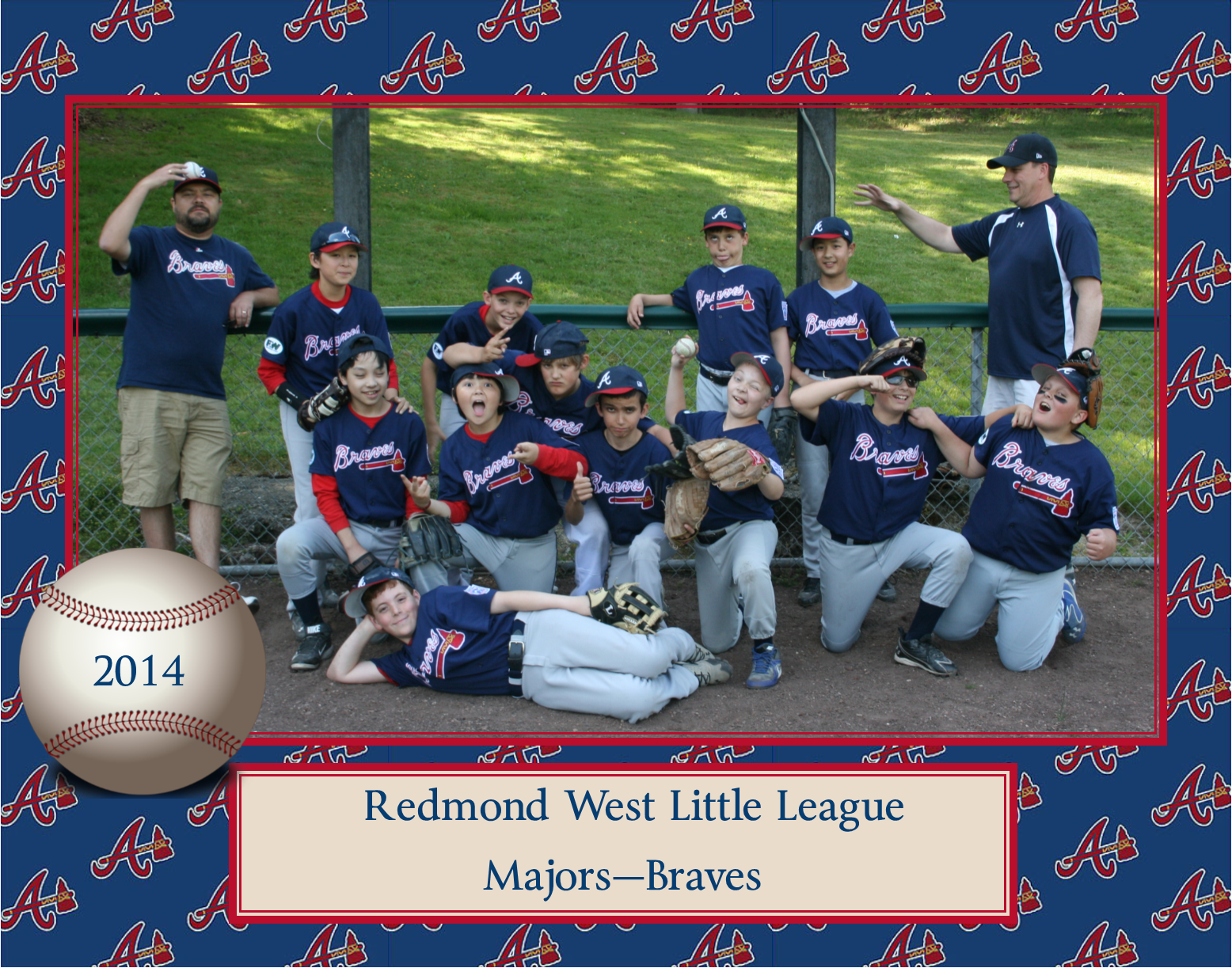 When Awsumb was just a toddler in the afternoons he would sometimes ask to watch baseball. He didn't really watch much kids TV after a few morning shows so the afternoon request was always granted. In the afternoons the games that we often found to watch were Braves games.  Awsumb would get so excited pointing out the A's on their hats and say, "My team Mommy! My team!"  Then he would watch closely and as the pitch was thrown he would yell to the batter, "SWING!"  My brother Brian and his wife reside in Atlanta.  Awsumb was very excited to play for the braves as his Little League Majors team. This past year Little League introduced a new level, 50/70.  Our league convinced Kenneth to get out league started in this level and coach a team this year.  As the league uniform coordinator I set aside some Cubs uniforms for the new team.  It was slow going and a bit of a bad news bears years as we had so many double rostered kids and just putting a team together every game was a lot of work.  But you have to start somewhere.  Hopefully all the kinks are worked out and next year will be pretty good!  Awsumb and Kenneth were excited to play and coach the cubs in honor of Duane's passing.

I didn't get many pictures this season as I was recovering from emergency surgery I had at the beginning of April.  But here are a few...
(coming soon...)

PUT ME IN COACH!
I'm ready to play today!
Look at me, I can be
Centerfield
-John Forgerty